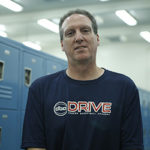 Coach Ken is a fixture in Almaden athletic circles. His energy and effort to help young boys and girls in Almaden Valley achieve athletic goals is second to none. Ken has over 12 years of coaching experience not only coaching basketball but also baseball & soccer. Ken played basketball at Bellarmine Prep where he graduated & went on to San Jose State University.

Basketball has been a big part of Ken’s life and he began sharing his knowledge with young players in 2003 and has coached countless teams in the past 11 years. Not only has Ken been a Board Member and Chapter President of the Almaden NJB for 10 years, he has also coached over 20 teams in division, All-Stars, and All-Net level competition for both boys and girls. Besides his work with NJB, Ken has coached AAU basketball, was the 8th grade coach at Bret Harte Middle School, and has been successful every step of the way not only in wins & losses but in his ability to teach kids to reach their potential and play together.

Ken took this strong knowledge of fundamentals and team play and advanced to the high school level where he coached at Leland High School. In three years with the Chargers, Ken served as the Head JV coach, the Assistant Varsity Coach, and was elevated to Head Varsity Coach of the Leland girls program. Ken also runs a successful basketball camp at Pioneer HS every summer, something he has done for over six years.

Ken coaches both boys and girls teams for DBA Drive.