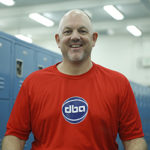 Chris has a wealth of experience in the basketball industry accumulating over 27 years as a coach, scout, advance scout, video editor, clinician, consultant, writer, and administrator. Coach Denker is a 14 year veteran of NCAA Division I basketball coaching. He was a highly successful Head Coach of the Santa Clara University and Colorado State University women’s teams. In five seasons as Head Coach he averaged nearly 20 wins per season and his teams reached post-season tournaments in four of those five years including the NCAA Tourney as well as one NIT Final Four. He was part of 5 WCC championships in 9 seasons with Santa Clara.

Chris has coached professionally and internationally, serving as Head Coach and Director of Operations for the Eugene Chargers of the International Basketball League. He was selected as one of the Head Coaches of the 2007 IBL All-Star game. Chris spent the 2008 season abroad as Consulting Director and Coach of the Barnet BBC, London where he was the Head Coach of every team in the club (Women, Jr. Men, Cadets). He also spent one season on staff at Archbishop Mitty HS where they won the WCAL, CCS, & NorCal Championships and were CIF state runner-up.

Coach Denker and his company, NetScouts Basketball, provide scouting and consulting to college and professional teams in NCAA, NBA, and International basketball around the globe. Over the past four years he has been Head Coach & Director of several men’s and women’s professional teams representing the USA in international competition & tournaments in Asia. His teams include players from the NBADL, WNBA, and former NCAA all-stars. He has helped lead the USA All-Stars to wins over National Teams from Australia, New Zealand, China, Denmark, Lithuania, Slovenia, Slovakia, Hungary, Brazil, Canada, and more.

Chris has also conducted numerous camps and clinics in the USA, China, and England. He has been an individual skill development instructor for male & female players at all levels, from youth & high school, to college & professional athletes. He specializes in shooting, footwork, and offensive skill/position development and has worked with individuals, groups, teams, and large enrollment camps. He also provides consulting to coaches regarding playbook, scouting, video, and game planning.